The Nordic countries are the best places in the world for mothers. Throughout the world mothers and children still struggle for survival. Life cances for the urban poor are strikingly unequal. 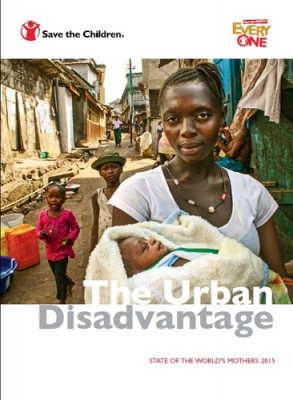 Save the Children’s 16th annual Mothers’ Index assesses the well-being of mothers and children in 179 countries. Norway rose to the top of the list ahead of Finland. All Nordic countries are found on the top of the list, while Somalia remained last for the second year running, with all but two of the 11 bottom-ranked countries in the world in West and Central Africa.

This year’s report also evaluates the devastating health disparities between the rich and poor living in some of our major cities around the world, finding that while home to the wealthiest and healthiest people in a country, they are also home to some of the poorest and most marginalised families on earth.

—More than half of the world’s population lives in urban areas. People are often drawn to cities by the prospect of a better life for their children, but many cities around the world are unable to keep up with breakneck growth, leaving hundreds of millions of mothers and children in cities without access to essential health services and the clean water they need to survive and stay healthy’ says Hanna Markkula-Kivisilta, General Secretary of Save the Children Finland.

Survival gaps, in relative terms, have roughly doubled in the cities of Kenya, Rwanda, and Malawi despite these countries’ overall success in saving more children’s lives.

The gap between the health of the richest and poorest is just as stark in big cities in some of the wealthiest nations, according to the report.

These cities are working to strengthen health systems, increase maternal and pediatric health awareness, and make healthcare more accessible and affordable to the poorest urban families.

—The survival of millions of children in cities should not be a privilege for the rich but guaranteed for all, says Markkula Kivisilta.

—We are calling on municipal and national leaders to put the health needs of mothers and children at the top of their agendas, and make universal quality health care a reality.