A new assessment by Save the Children found that: 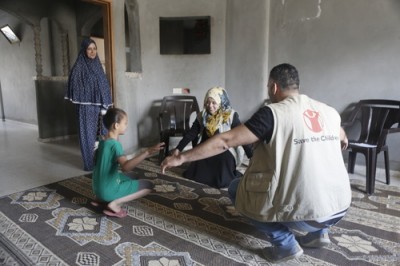 Save the Children child protection team during a psychosocial support session. After the conflict in 2014, she has experienced nightmares, bedwetting, and behavior changes. Photo: Anas Baba/Save the Children 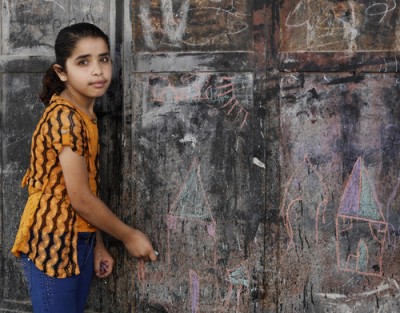 Fatima* lost her brother during the conflict. Fatima has been attending individual counselling and group therapy sessions through a Save the Children project. Her mother says these have helped Fatima to be able to cope with the changes in their lives. Photo: Anas Baba/Save the Children

During last year’s 51-day war, 551 children in Gaza were killed and 3,436 were injured, while an estimated 1,500 lost their parents. Many more were made homeless and saw their schools damaged or destroyed. In Israel, one child was also killed by rocket fire and 270 were injured.

David Hassell, Co-Country Director, Save the Children, says: “The results of this survey are extremely alarming for those of us who work with children in Gaza.

“They have lived through events that would give even the most hardened adult nightmares.  The continued blockade and threat of renewed conflict makes it very difficult for children to recover from the trauma they have experienced.”

A year on from the conflict, around 100,000 people are still homeless, while major reconstruction of health facilities, water networks and schools has yet to begin.

Many children in Gaza have now lived through three wars in the past seven years. They are emotionally and, in some cases, physically shattered.

Political leaders on all sides should stop posturing and start acting – they need to work together to agree to a plan for a lasting peace deal that includes ending the blockade on Gaza. 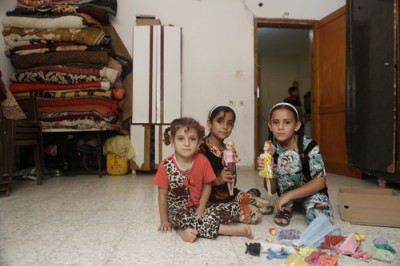 Rahaf* lost her father during the 2014 Gaza conflict. ”During the war I was scared because of the shelling. We had to leave our house and move to a safer one. There was no time to take anything with us. I was upset because I had left my notebook that my dad embroidered for me himself, but when there was a ceasefire I went back to look for it and I found it again. ”The reason I want to become a doctor is because my Dad wrote in my notebook that he wanted me to be one.” Rahaf has been attending group therapy sessions as part of a Save the Children project. Photo: Anas Baba/Save the Children 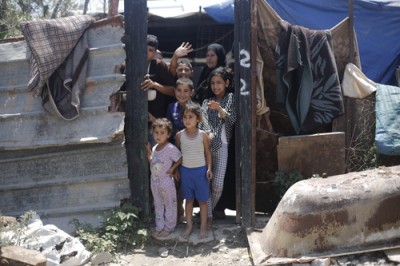 A family waves goodbye from temporary accommodation on the site of their former home, Beit Hanoun. Photo: Kuva: Anas Baba/Save the Children

Save the Children believes the international community has a critical role to play in ensuring the welfare of children in Gaza. All children deserve homes, schools and opportunities – currently we are collectively denying these rights by our inaction.

Save the Children is calling on the international community to respond to the ongoing war on children by exerting all its diplomatic influence to bring an immediate end to the bloodshed and to get the warring parties to agree to long-term measures that will stop this senseless cycle of violence, including an end to the blockade.

Save the Children is on the ground in Gaza, and over the last year we’ve managed to reach 145,945 children. Working with partners, we have distributed food parcels to families, given medical supplies and treatment, provided newborn baby care kits, distributed millions of litres of water, and reached thousands of children with counselling services, including supporting support to a dedicated children’s 24-hour helpline, staffed by specially trained volunteer counsellors.